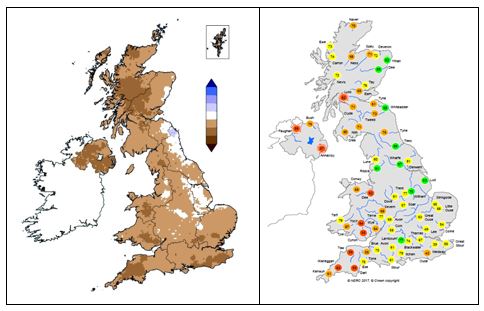 From 4 to 7 May 2022, more than 20 researchers were invited to the University of Aveiro, Portugal, to participate in the ‘Ecological interactions workshop’ from COST Action Alien CSI, organized by Heliana Teixeira, Siobhan Edney, Quentin Groom and Helen Roy. The workshop was one of the options within a larger COST Action meeting and so we had the opportunity to share the outcomes with more than 50 participants from the network in plenary sessions.

As Helen Roy pointed out at the start of the workshop: extinction of species interactions is a large threat of global change and often overlooked compared to species extinctions (Valiente-Banuet et al. 2014). A species interaction describes the type of ecological interaction between two species and is a key concept in community ecology (Nakazawa, 2020). Invasive alien species have a major impact in the new locations that they colonize, by interacting with endemic species. These interactions are mostly negative and can be categorized as competition, predation, hybridization, disease transmission, parasitism, herbivory, biofouling or interactions with other alien species [IUCN EICAT categories and criteria]. During the first morning of the workshop Simone Lioy, Nadja Pernat and Jakovos Demetriou presented their research on species interactions of invasive alien species. Simone Lioy, for instance, highlighted three experiments in Italy that investigated the predation impact of Vespa velutina (Asian Hornets) on honeybees, the predation impact on wild bees and any potential competition with Vespa crabro (European Hornets).

The wider public is crucial in collecting information about the distribution of alien species and their interactions, which is used for research. Engaging the wider public in research is also referred to as ‘citizen science’. The Cost Action ALIEN CSI has the mission to increase understanding of alien species through citizen science. By sharing an observation on iNaturalist, data is collected on the occurrence of a species. Besides the species identified on a picture (primary data), reportings can be used to infer potential interactions of this species. This information is also known as the secondary data of a picture (Pernat et al. 2022). For instance, from this observation (see Fig 1) in Portugal during the workshop, it can be derived that the longeleaf wattle gall wasp (Trichilogaster acaciaelongilofoliae) and longleaf wattle (Acacia longifolia) were both present at the university campus and interacting by forming galls. Different types of interactions can be observed, such as predator-prey or pollinator interactions (e.g. this observation). All these interactions can be registered on iNaturalist by defining the ecological interaction within the section ‘Observation fields’ (see Fig 1). As highlighted by Nadja Pernat during the morning session, potentially interacting species can be identified by applying identification software such as PlantNet (Pernat et al. 2022). The morning session was closed with a presentation by Ioanna Angelidou and Alkyoni Sfendouraki-Basakarou who presented how FIT counts (Flower-Insect Timed Counts) are applied in Cyprus to monitor pollinators, within the PoMS-Ký (Pollinator Monitoring Scheme – Kýpros) project. 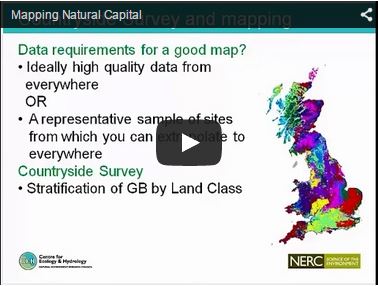 In the afternoon of the first day, we performed our own Flower-Insect Timed counts. FIT counts are citizen science surveys currently conducted in Cyprus, UK and Ireland. Surveyors spend 10 minutes observing a flower and counting the number of insects that visit it. Information can be recorded on the FIT count app, which in turn submits data to national pollinator monitoring schemes (such as UK PoMS and PoMs-Ky). This helps to provide vital data that tracks the abundance of our pollinating insects.

To better understand the effects of invasive alien species, a network-oriented approach should be applied (Groom, 2021). An ecological network is created by combining the ecological interactions of a species into a network with nodes (species) and links (the ecological interactions) (see Fig 2 for a simple example). During the second day of the workshop we learned how ecological networks can be created based on data collected by citizen science and how these can be visualized. First, Cristina Preda illustrated how the interaction network of Vespa velutina can be created based on data collected within GloBI. The global biotic interactions (GloBI) database stores any interaction that has been observed between two species, without a geographic restriction. The database is linked to iNaturalist. This means that if a new interaction is notified in iNaturalist, it will be added to GloBI. Also, you can create your own interaction dataset based on literature and upload it to GloBI (more information here). Visit this link to explore the global interaction network of Vespa velutina in interactive mode within GloBI. Interestingly, interactIAS can be applied to obtain the local species network of an alien species, which helps to understand its potential impact within that area (see Fig 3). Secondly, Quentin Groom illustrated several tools that can be applied to visualize a species interaction network (e.g. Gephi, Cytoscape, NetworkX, igraph, chord diagrams). In the afternoon of the second day, we had the opportunity to practice how interaction networks can be downloaded from GloBI and visualized in Gephi (see Fig 3).

On the final day of the workshop, we participated in the ALIEN CSI bioblitz at the Nature 2000 Site Ria de Aveiro. During a bioblitz, as many species as possible are reported on a platform (here iNaturalist) in a given area. A variety of habitats in the site were visited for recording including the sand dunes of Praia da Costa Nova (see photos). After recording species on the iNaturalist app, interactions were added onto the iNaturalist website. This provided us a snapshot of the local fauna and flora but also gave us hands-on experience with the citizen science tools.

Ecological interactions are a fundamental part of our ecosystems. Understanding the effects of alien species on the interactions is essential for conserving biodiversity and ecosystem functioning. Citizen science is central to monitoring these widespread changes and informing management decisions and conservation actions. Everyone can contribute to research on species interactions by collecting and uploading interaction data fair and openly.